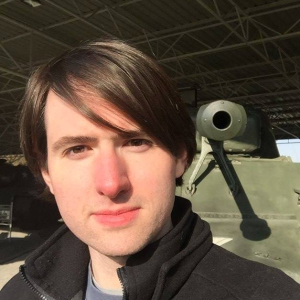 Since 2009, the Chinese government has looked to consumer subsidies to bolster its domestic electric vehicle market. In addition, strong domestic brands and supportive policy have helped the industry to develop into the world’s largest EV consumer market. Initially, Beijing sought to reduce its role in the industry to promote market consolidation and leverage global economies of scale; however, changing tides in sales due to policy reversals and the outbreak are driving policymakers to reconsider their exit plan.

China has long prioritized the development of a domestic electric vehicle (“EV”) industry and since 2009, has encouraged EV sales through consumer subsidies. In recent years, after deeming the industry strong enough to become self-sufficient, Beijing has begun phasing out subsidies and promoting consolidation amongst competitors. However, Chinese policymakers have become concerned that subsidy reductions may have arrived too early for the nascent industry and, as a result, are opportunistic to reinstate some of the supportive measures in the wake of the coronavirus outbreak.

China boasts the largest EV market in the world, accounting for approximately 45% of the world’s EV ownership in 2018, while Europe and the US came in second and third at 24% and 22%, respectively. European sales made history by surpassing China’s for the first time in the first quarter of 2020; however, this is widely attributed to market disruptions due to China’s comparatively early state-wide quarantine. As Europe’s lockdown began later in Q1 and has continued to struggle with the pandemic in Q2, it is likely that China will quickly regain the lead with its economy largely on the upslope.

Electric Vehicle (EV) on the Road

China’s monstrous market is home to half of the top ten best-selling EV makers worldwide. While these dominant brands help supply a significant share of China’s full-sized EV market demand, a large number of EVs on China’s roads are actually micro or subcompact EVs, which are far cheaper and easier to manufacture than full size electric vehicles, and are often produced by smaller regional companies. In 2018, micro-EVs commanded a 37% market share in China and, while this figure has been decreasing recently in favor of larger, more expensive EVs, smaller EVs are still the budget choice for many consumers in China. As such, they will continue to play a sizable role in China’s market and present an additional option that many consumers in the US and other Western countries may not have.

The Chinese EV market is shaped by both economics and policy. A well-developed long-distance rail network, densely-planned cities, and limited parking have driven demand for shorter-range pure electric vehicles that may not exist in markets like the United States. Because Americans typically are more likely to drive in order to travel, hybrid cars have historically found more traction in the United States than pure EVs. In contrast, significant policy support in China for the electric vehicle market has led to EVs outselling their hybrid cousins more so than in North American or European markets.

The Chinese EV consumer subsidy program kicked off in 2009, when the central government released a plan for subsidies to launch in select pilot cities throughout the country, and was later rolled out nationwide in 2013. The subsidies have been gradually declining since, with the government committed to phasing out consumer subsidies by 2020. The intention behind this push is to consolidate the industry by culling inefficient companies and creating national champions that can leverage economies of scale at greater heights than a pool of smaller companies could. At present, there are more than 400 domestic companies vying for a share in the Chinese market, and Beijing believes that uninhibited competition will push consolidation and forge internationally dominant producers.

Subsidies for EVs and Hybrids in RMB by Vehicle Range

Though tier specifications have varied with time, subsidies are primarily distributed by vehicle range, with larger subsidy amounts typically granted to vehicles with longer range. In general, subsidies have decreased as technical standards have advanced. As a result, Chinese consumers have needed to buy progressively longer-range vehicles to qualify for subsidized EVs. China stopped extending subsidies for models with a range of 80-100km in 2016, 100-150km in 2018, 150-250km in 2019, and most recently for 250-300km in 2020. When the national subsidy program launched in 2013, the highest-range tier was 250km and higher, qualifying for a CN￥60,000 (US$9,756) subsidy. By contrast, the highest tier today applies to 400km and higher, fetching a subsidy of only CN￥22,500 RMB (US$3,177).

The largest cut to the subsidy program occurred in June 2019, when the government cut NEV subsidies by 45% and 60% respectively for longer-range vehicles. NEV sales plummeted as a result, with the China Association of Automobile Manufacturers reporting in November that sales of NEVs were nearly 44% lower year on year. The COVID-19 outbreak that spread across Wuhan at the turn of the year formed a perfect storm battering an already weakened industry.

Coronavirus Not to Blame

China has initiated a number of supportive measures to help businesses weather the economic fallout from the pandemic. As such, it was not surprising when the government announced on April 23, 2020 that EV subsidies would only be cut by 10% from current levels rather than a complete phase out as originally planned for 2020. The government further clarified that subsidization would be extended by two years.

Because the subsidy cuts and pandemic happened in quick succession, it is difficult to pinpoint the effect that each event had on the EV industry. However, the four governmental departments that oversee EV policy have explained that, in addition to the coronavirus-induced recession, one of the factors leading to the extension was that sales of new energy vehicles in China fell by 4.0% year-on-year in 2019 due to multiple overlapping adverse factors. The sales downtick occurred before the impact of the outbreak was in full effect and was more likely due to the 2019 subsidy cuts.

Additionally, in the beginning of April this year, China’s Ministry of Industry and Information Technology (MIIT) published a set of rules making it easier for new companies to enter the EV sector. For example, NEV startups no longer have to prove that they already have “design and development capabilities.” In reversing the previous stance towards industry consolidation through free market competition, senior officials exhibit concern that their actions were premature and that the EV industry may be more infant than originally assessed.

Beijing has committed to supporting EVs post-subsidies through a ‘carrot and stick’ program unveiled in 2017, colloquially called the “dual credit system.” The dual credit system is a credit  scheme for producers, wherein automakers can choose to either meet fuel-efficiency standards or produce more NEVs to meet compliance requirements. If companies are deemed non-compliant, they must then purchase credits from other companies at market prices.

This system incentivizes companies to produce more energy-efficient vehicles, while providing companies with relative autonomy in choosing their approach to meeting industry standards. While most generally praise the program, there are concerns that the dual credit system may be incentivizing carmakers to produce more NEVs rather than innovate on traditional vehicle technologies. Critics point to diminishing gains as evidence, with fuel efficiency still improving – albeit at a slower pace than before.

The New Energy Vehicle Industry Development Plan (2021-2035) is being finalized and anticipated to be released in the middle of this year, although it might be delayed due to the coronavirus outbreak. Details within the plan should signal Beijing’s approach to the future of the EV industry. If the reversal in policy regarding EV subsidies is any indication, the dual credit system may also be primed for an overhaul.