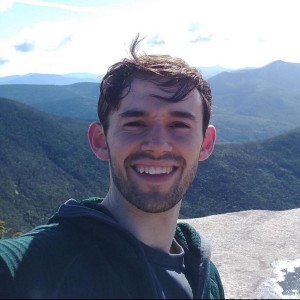 CvT: The Delicate Balance Over the Future of Japan

Arm yourself with the Coffee. vs. Tea US-China relations newsletter as the world’s two largest economies square off for global influence. Get the Coffee vs. Tea newsletter delivered straight to your inbox, here.

Elected as Prime Minister of Japan upon the resignation of Shinzo Abe in September 2020, Yoshihide Suga inherits the mantle of the world’s third largest economy, an ailing bureaucracy, and tense geo-political relations between the US and China. In recent years, the archipelago nation has deployed its political capital to maintain stability within the Asia-Pacific region, particularly in regard to China’s rise to power and nuclear proliferation on the Korean Peninsula. Limited by Article 9 of the national Constitution of Japan, which prohibits the country from waging war to resolve international disputes, Japan has cleverly relied upon US economic and security interests to obtain military assistance and reestablish its political power within the region.

As the vision of Shinzo Abe fades into the annals of Japanese history, Yoshihide Suga’s ascension to the prime ministership represents a pivotal moment for the country which seeks to tacitly restore its former glory through economic revitalization and military power. Japan’s relationship with the US and China and the outcome of their current power struggle will determine the future of Nihon.

Diplomatic relations between Asia’s two largest economies have improved significantly over the past decade. Led by the economic revitalization policies and shrewd diplomacy of Abe, Japan has outgrown traditional foreign policy disputes, including the territorial dispute over the Senkaku Islands (also known as the Diaoyu Islands) and the country’s wartime legacy, in favor of a growing economic partnership with China. As evidenced by the US$137 billion of exports to China (or 19% of total Japanese exports) in 2018, Tokyo has also sought to balance the country’s dependence on US trade with China’s commercial clout. This economic interdependence and growing importance of public “diplomatic displays of affection,” including Abe’s attendance at the December 2019 China-Japan-South Korea trilateral summit, underlines the shift in relations between the two countries.

Yoshihide Suga’s government will seek to capitalize on this budding relationship and improve Japan’s economic standing with China as the world economy seeks to recover from the impact of the COVID-19 pandemic. Given the historical relations between these two countries as well as Japan’s weaker economic and military position, Tokyo will likely lean into warmer relations with Beijing and continue Shinzo Abe’s policy of political appeasement. The Suga government will not seek to disturb the current equilibrium as it focuses internally on addressing domestic economic concerns, including Japan’s 7.8% GDP contraction in Q2 2020 and the nation’s growing pension obligations after the Government Pension Investment Fund (GPIF) reported an annual loss of US$78 billion in FY 2019.

US-Japanese diplomatic relations have maintained their warmth in recent years due to the mutual benefit of bilateral trade and US security guarantees within the Asia-Pacific. As the fourth largest US trading partner and importer of US$121 billion worth of US goods in 2018, Japan maintains a significant stake in the success of the US economy. Recognizing the importance of an effective military strategy in light of the country’s pacifist-based constitution, Japan continues to heavily rely upon the 1951 US-Japan Mutual Security Alliance to project military strength in the face of potential Chinese aggression. The benefits afforded by the alliance, including 50,000 active US military personnel stationed in Japan as well as the US State Department’s approval of a planned sale of 105 F-35 Joint Strike Fighter aircraft in July 2020, offer the military deterrence needed to defend Japan’s sovereignty and geopolitical interests. US-Japanese relations are a diplomatic marriage of mutual benefit which has helped expand both nations’ sovereign interests in the region over the last 75 years.

Yoshihide Suga’s government will continue to rely upon US economic and military support as a counterweight to a rising China and its regional ambitions. Japan’s new government may also supplement its traditional military reliance with the revision of Article 9 of the National Constitution. Revision of this statute, which prohibits the use of military force to resolve international disputes, remains highly controversial within the sphere of domestic politics. This was reflected in a Jiji public press opinion poll, in which 69% of respondents opposed a revision to the war-renouncing Article 9. If this possible amendment becomes a viable alternative to US military dependence, Suga will need to thoroughly convince his electorate of the future state and direction of Japanese foreign policy. It is highly unlikely that Suga will attempt this revision unless he dissolves the lower house of parliament through his control of the Liberal Democractic Party (LDP) and paves the way for a snap election in late 2020 or early 2021.

Striking a delicate balance amid the Sino-American rivalry

The state of diplomatic relations between the world’s two largest superpowers is rather pessimistic as a result of the ongoing trade war and battle for political and economic influence. Although recent actions, including US export controls on Huawei and other Chinese technology companies, have impacted Japan’s economy and the political calculus for future relations, Yoshihide Suga’s government will likely continue to balance its respective relationships with the US and China. Neither nation is seen as the sole long-term solution to Japan’s vision of political primacy, but rather as a realistic means to reestablish a powerful and independent Japan. Yoshihide Suga will draw upon all internal and external resources to resolve domestic issues and reshape foreign policy within the region.